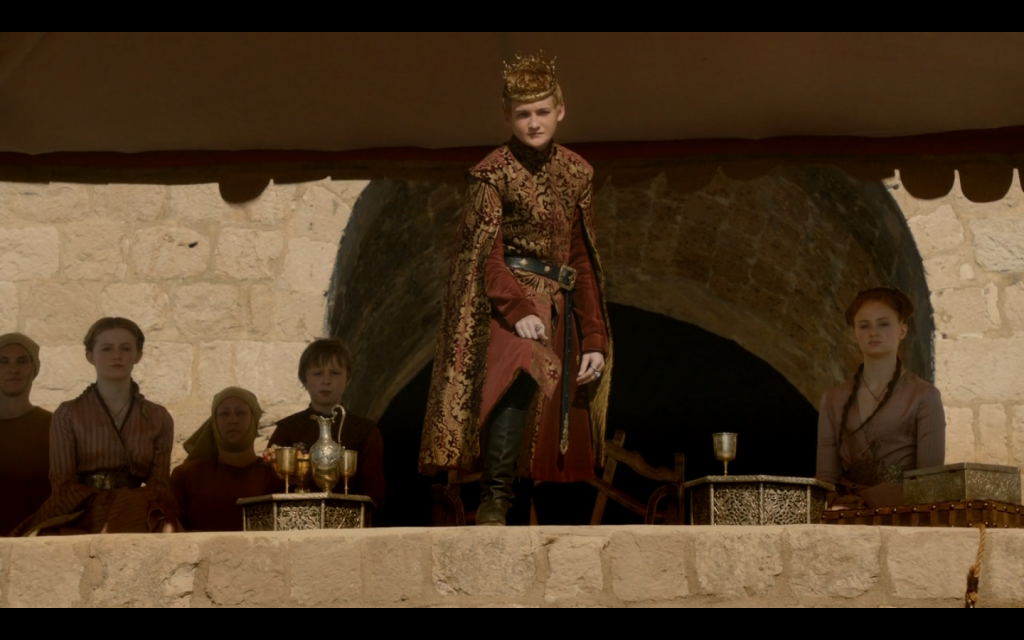 Finally. I waited for eight long months and yesterday I could finally watch a new episode of Game of Thrones. For those who don’t know the show and the books (A Song of Ice and Fire by George R. R. Martin), it is a story placed in a fictional world, where seven kingdoms are ruled by one king and everyone tries to gain power. Although I read all five books during the summer, I hardly could await the new season.

The great thing about Game of Thrones is that you are playing the game of thrones together with the characters. At each point in the series you have a favorite character and while watching (or reading) you are trying to figure out how this character could win. However, this can change any time. Some die, some become assholes, while other characters find their way into your heart relatively late in the series. You think you know how a character will act, but suddenly he throws family and duty over board, falls in love and acts insanely stupid. Of course, you also have outsiders, that suddenly raise to power. But you never know when they will fall again.

While reading the book I often thought that it was not written for television. Main characters, the ones you think will play an important part in the rest of the story, suddenly die and others appear. It is probably not world literature, however they where certainly among the most entertaining books I have ever read. The bad thing is, since the new season started, I thinking about the story all the time and now I can’t wait to read the next book. Sadly, for the last two books George R. R. Martin needed five respectively six years. I WANT TO READ THE WINDS OF WINTER NOW! Why it is so hard not being able to read a book?