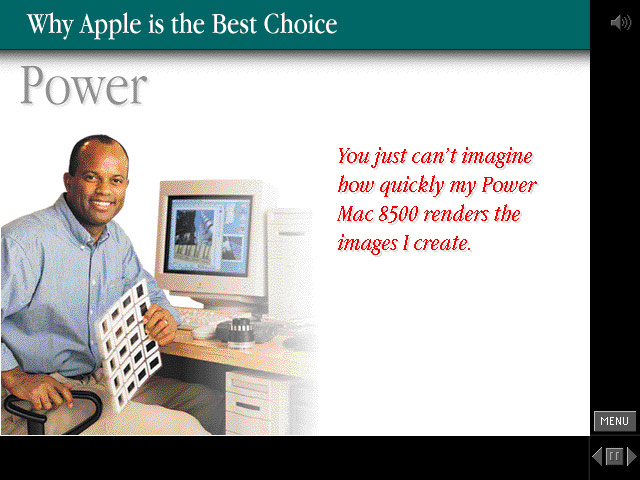 Why did Greg and I do something so ludicrous as sneaking into an eight-billion-dollar corporation to do volunteer work? Apple was having financial troubles then, so we joked that we were volunteering for a nonprofit organization. In reality, our motivation was complex. Partly, the PowerPC was an awesome machine, and we wanted to show off what could be done with it; in the Spinal Tap idiom, we said, “OK, this one goes to eleven.” Partly, we were thinking of the storytelling value. Partly, it was a macho computer guy thing – we had never shipped a million copies of software before.√Ø¬ª¬ø√Ø¬ª¬ø Mostly, Greg and I felt that creating quality educational software was a public service. We were doing it to help kids learn math. Public schools are too poor to buy software, so the most effective way to deliver it is to install it at the factory.

Ron Avitzur and Greg Robbins were fired by Apple but they continued to show up and finished their product. It was later shipped with the PowerPC version of Mac OS.

There are a lot of tradeoffs that go into product design. When it comes to laptops, there are capabilities (display resolution, processor speed, storage space, battery life, and so on), size and weight, cost, and upgradeability. Apple seems to have gotten the impression that upgradeability is the factor that people care about the least, and I suspect that they’re right.

Just listen to your friends who are not into tech. When their notebooks are getting old and they are starting to complain how slow they become, they are always talking about buying a new notebook and never about upgrading their existing one. Apple is no longer a brand for professionals, they now are a consumer company. 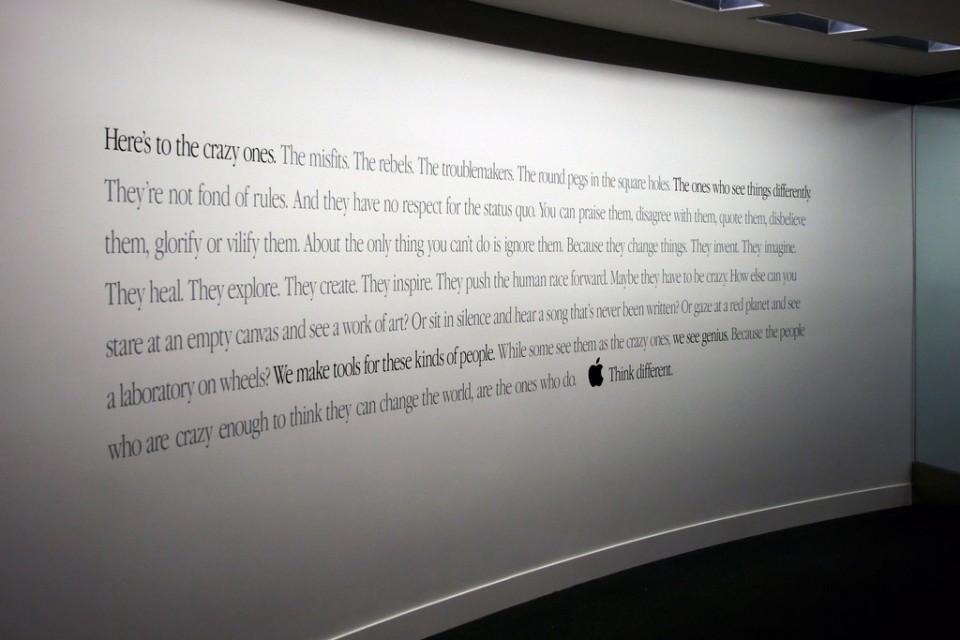 Apple Gazette has 75 photos from the inside of Apple HQ.

Apple could, I think, grant Phillips his wish and allow the use of your phone number as an Apple ID. But they have to let you use your (email address) Apple ID for iMessage, because they want to allow iMessage for all iCloud users, not just iPhone owners.

On the iPhone I can add email addresses and my phone number to my iMessage account. On OS X and the iPad I can’t. That sucks.

Jim Dalrymple on The Loop:

We’ve all seen some cool things that Siri can do, but this has to be the best so far. The guys at Yamaha got Siri to play piano.